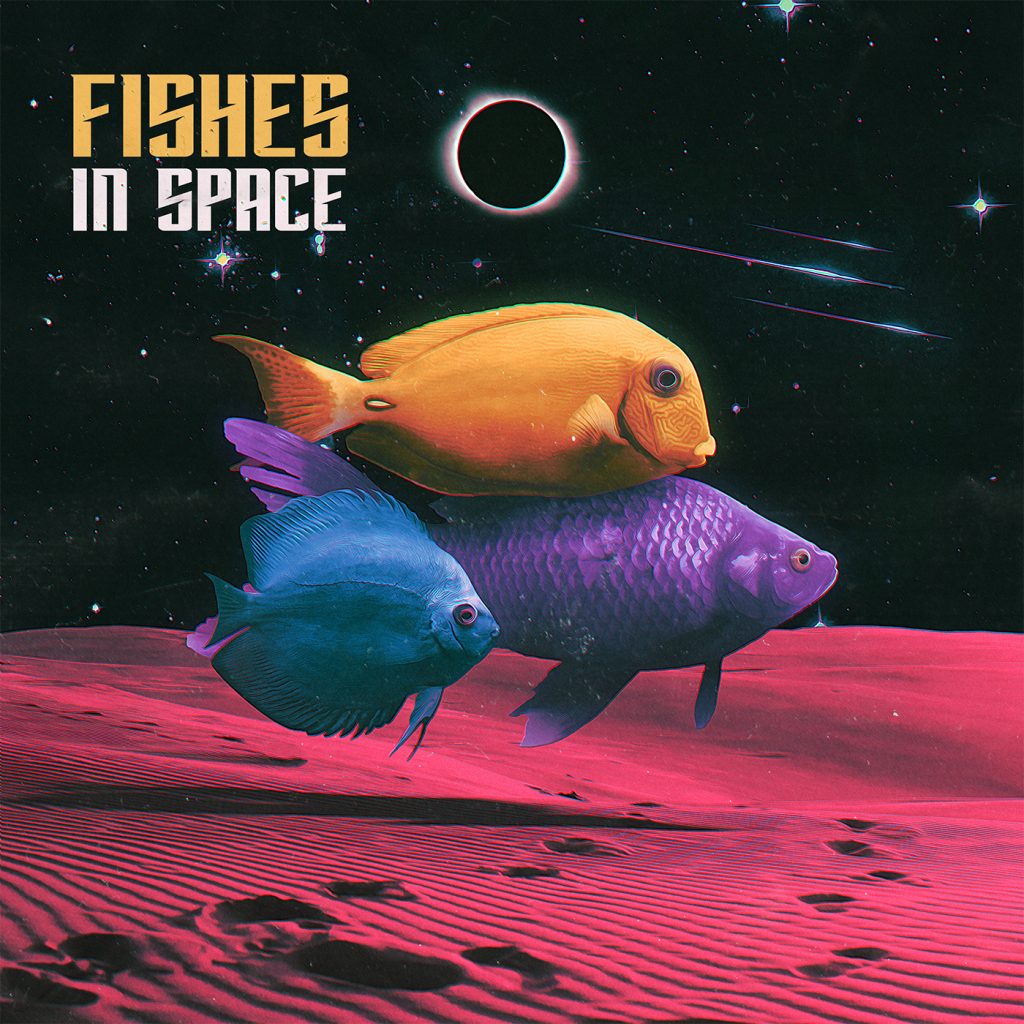 Fishes in Space is a high-speed, prog-rock, galactic exploration of the unknown, a crusade of cosmic sounds and classic influences that brings listeners on a journey through the earthly and the ethereal, from the band’s home turf, the industrial warehouses of Bushwick, to deep outer space and beyond.

The debut album from genre-bending power trio Fishes—made up of guitarist Nadav Remez, drummer Daniel Dor, and keyboardist Steve Brickman—Fishes in Space was recorded at Black Lodge Studio in Brooklyn during the Great American Solar Eclipse of 2017. In terms of genre and style, the album is post-prog played by jazz musicians that have made the indie music hub of Bushwick their home. At the same time—despite music’s many descriptors—the band is tapping into some different sounds, sounds that come out of these genres but are entirely new.

Steve’s cosmic synthesizer landscape, Daniel’s aquatic grooves, and Nadav’s crisp, clean guitar sounds vault listeners into the stratosphere. From the album’s opener, “Metallic Mobility,” a frenetic, heroic journey to the outer limits, to its end, “Anthem of the Hyacinth,” a spacious, evanescent reimagining of an old Hebrew lullaby, Fishes in Space is an odyssey of the uncharted.

While raised in the temple of the prog rock deities, the sound of Fishes is also infused with the band’s love of 80s music, as well as rooted in indie rock and jazz, where the players got their start. It’s an extension of the musicians’ selves, personalities, and musical interests, brought to a collective space.

The album’s name, Fishes in Space, tells the story of three innocent earthling creatures beginning a faraway journey to a universe they’ve never been before. The music is rooted in an imaginative, fantastical world where listeners create their own story.

Fishes is the latest project from three top New York musicians. Drummer Daniel Dor is a founding member of Dadalon, and he has played with Avishai Cohen, John Pettituchi, and Kurt Rosenwinkel. Guitarist Nadav Remez’s debut album, So Far, was released in 2011 on Brooklyn Jazz Underground Records; he has played with the likes of Tyshawn Sorey, Greg Tardy, and Jason Lindner, among others. Keyboardist Steve Brickman was an integral member of the band Emil & Friends, and he has also played with Roy Hargrove, DJ Logic, and toured internationally.

For all inquiries, send us an email at: